A Wild Wasteland encounter is placed north-east of the Crimson Caravan Company, by the Mole rat ranch. 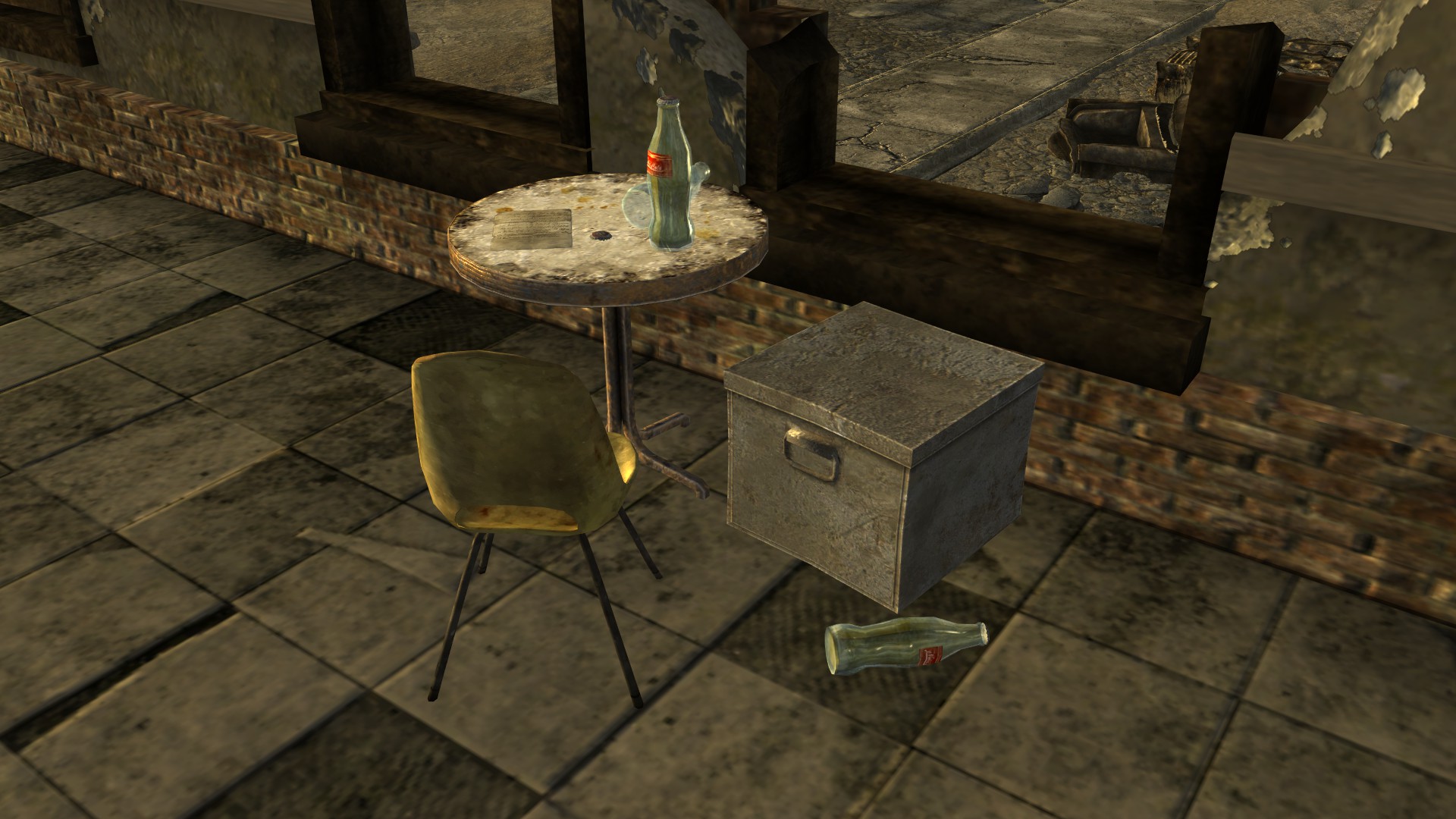 There is a note on the table, which reads:

I took one sip of this garbage and almost had to vomit my guts out. What the hell’s in this stuff? I paid over three hundred caps on this shit!

Reminding myself to never buy “rare flavors” from bums ever again.

Yellow Nuka-Cola is a joke item, based on the item found in Fallout: Tactics. It acts as a poison which lightly damages enemies and lowers their DT. Like any other poison in the game, you can apply it to melee weapons. Like other poisons in Tale of Two Wastelands, it can even be applied to darts. 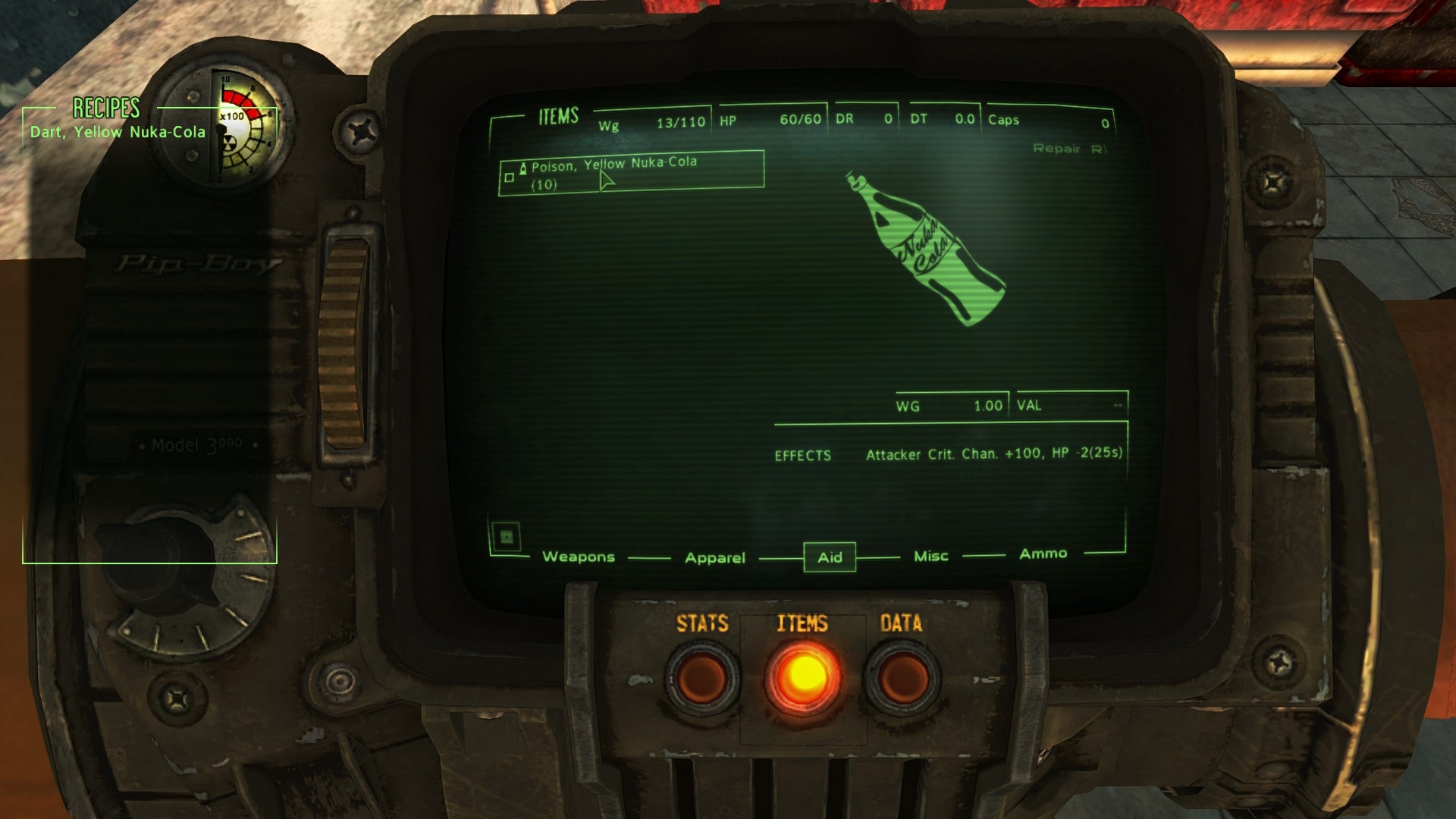 As you can probably guess, it’s just a bottle of piss.