This mod adds new kinds of Nuka-Colas and other related content to the game. This is an overhaul of the version I originally released on to NexusMods, and acts as a merger of Nuka-Cola Expansion, Ice Cold It All, and their optional patches.

WARNING: This mod was made for Tale of Two Wastelands. Versions for non-TTW games are untested and outdated.

Nuka-Cola Cherry
Increases action points by a small amount. It is only found in the Capital Wasteland. It can be found in Nuka-Cola vending machines and in kitchen containers that can sometimes have regular Nuka-Cola.

Nuka-Cola Orange
Increases action points and applies a radiation resistance effect. It is only found in the Capital Wasteland. It can rarely be found in Nuka-Cola vending machines. This cola is very useful in the capital, where radiation is most prevalent.

Nuka-Cola Wild
Increases action points by a small amount and does not increase radiation. According to Fallout 4, this was Nuka-Cola’s attempt at a sarsaparilla drink to compete with Sunset Sarsaparilla. It is only found in the Mojave Wasteland, inside Nuka-Cola vending machines and in kitchen containers that can sometimes have regular Nuka-Cola.

Nuka-Cola Dark
An alcoholic variant of Nuka-Cola. Instead of increasing charisma and reducing intelligence, it increases endurance and reduces perception. It is found in both wastelands and wherever alcohol would be typically stored, like in cabinets or fridges. It cannot be found in any vending machines.

Nuka-Mixes
Nuka-Mixes cannot be found in any containers, the only way to obtain these is to craft them. Some Nuka-Mixes include comedic visual effects and combine the effects of included nukas.

To limit spoilers, info on this has been put in a separate page.
Wild Wasteland content in Nuka-Cola Expansion Ultimate 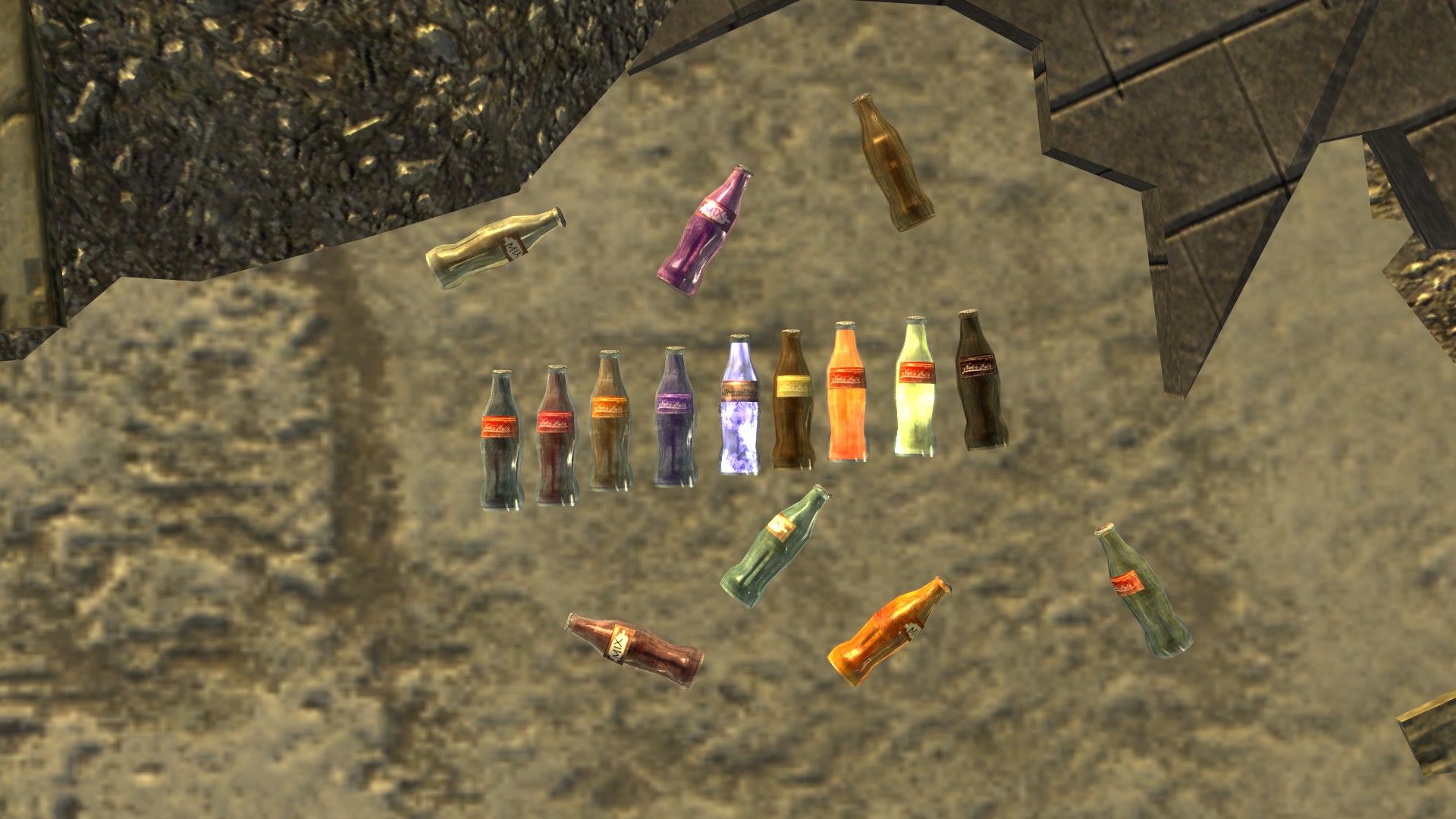 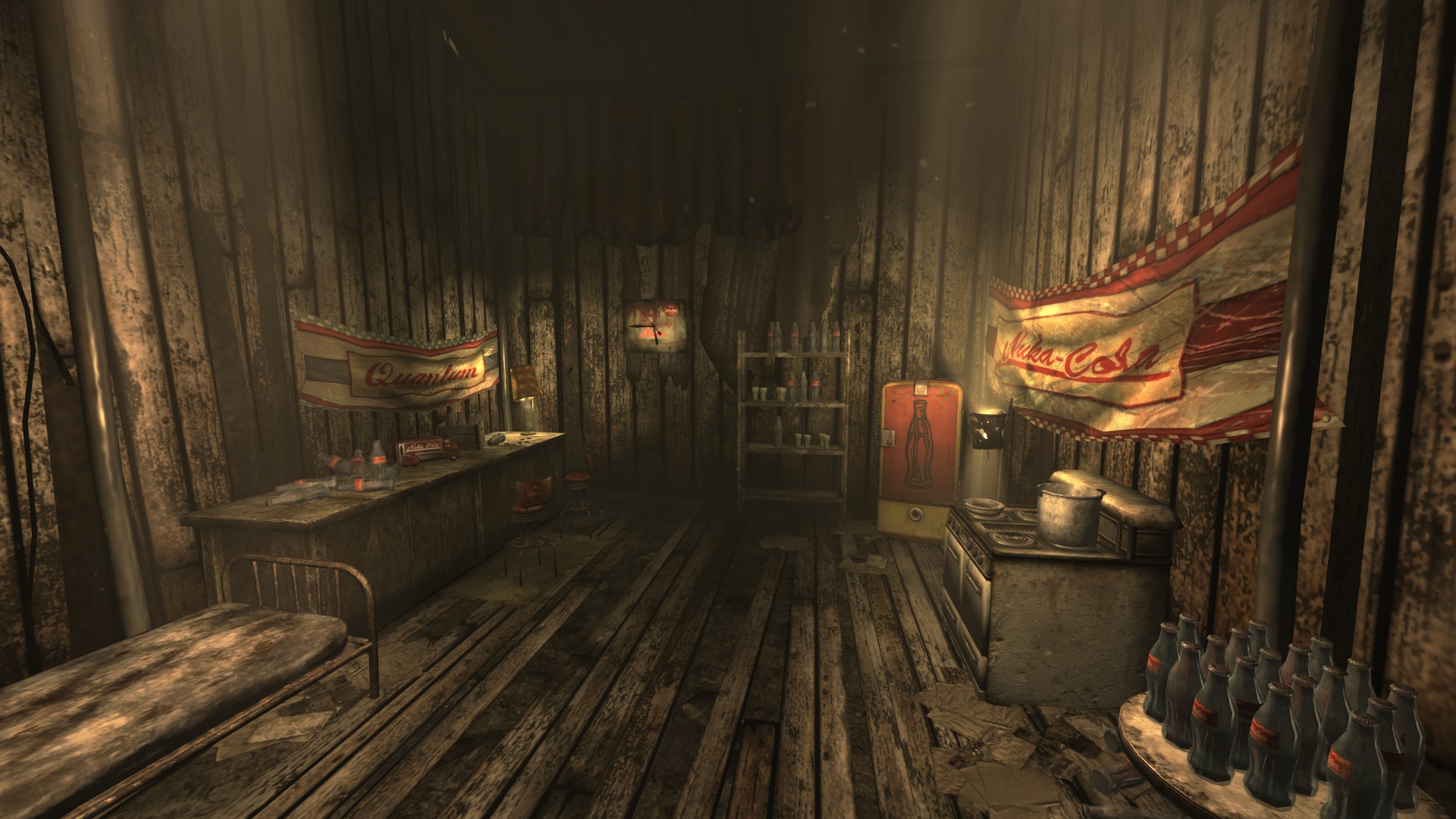 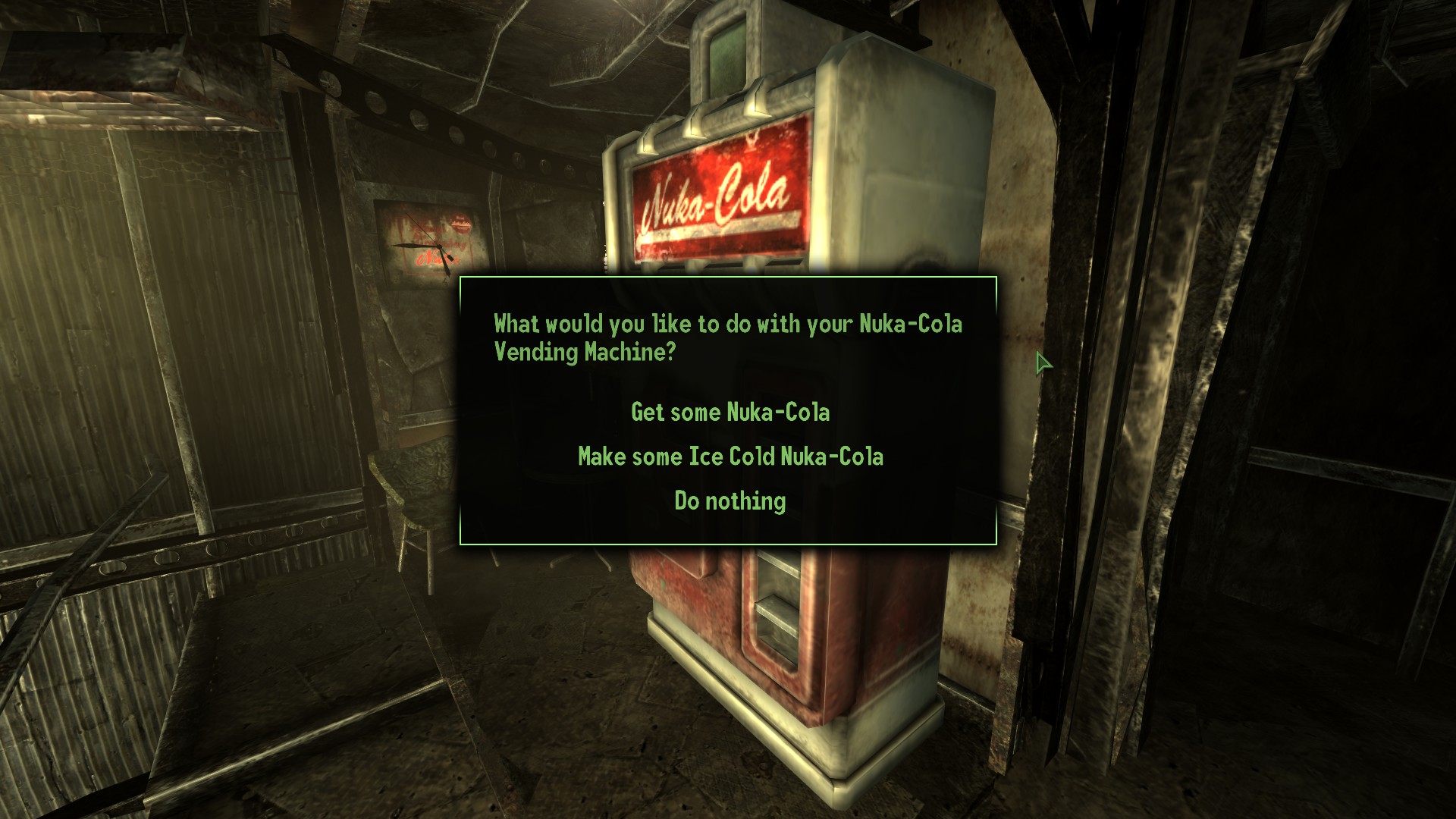 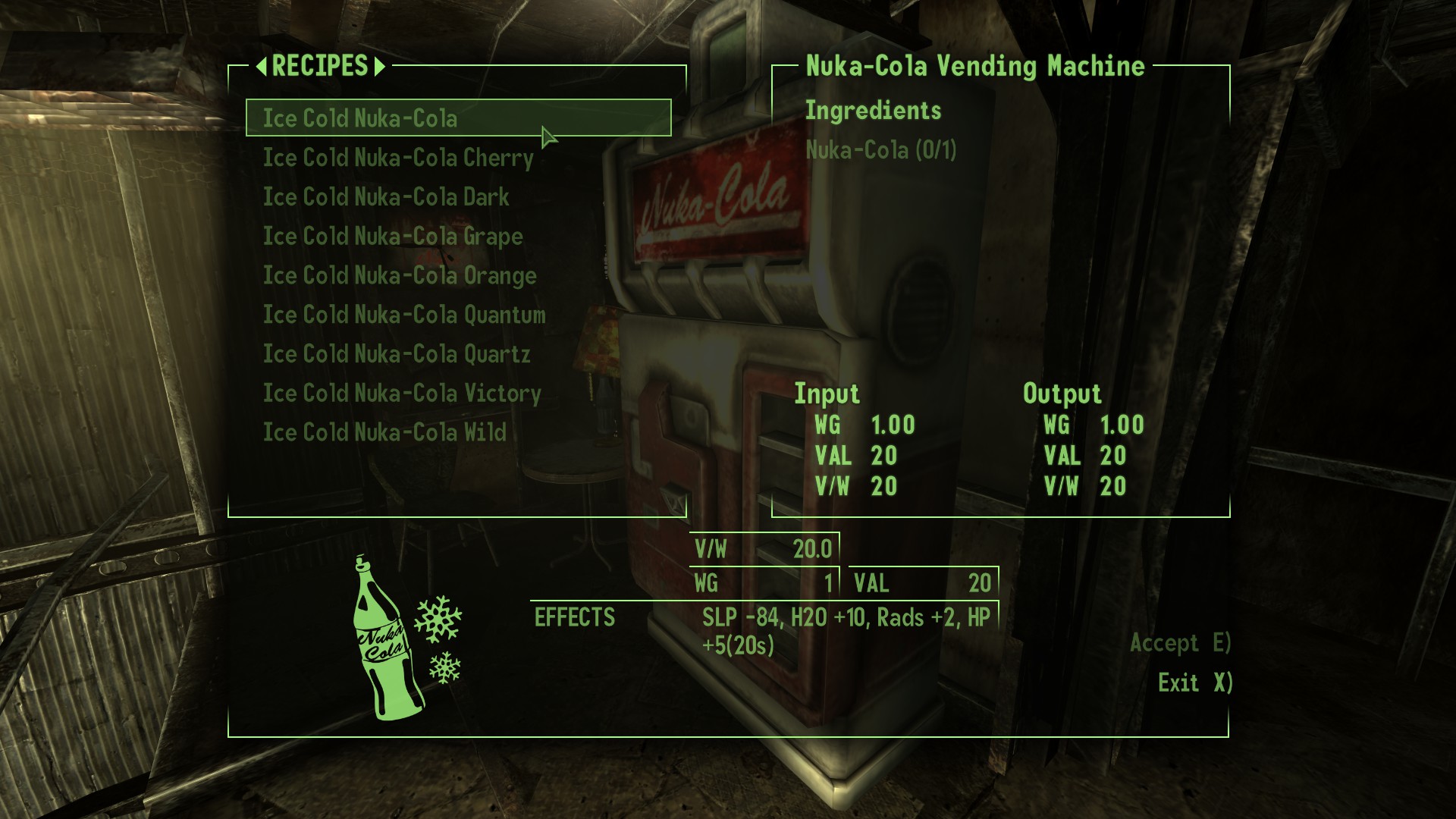 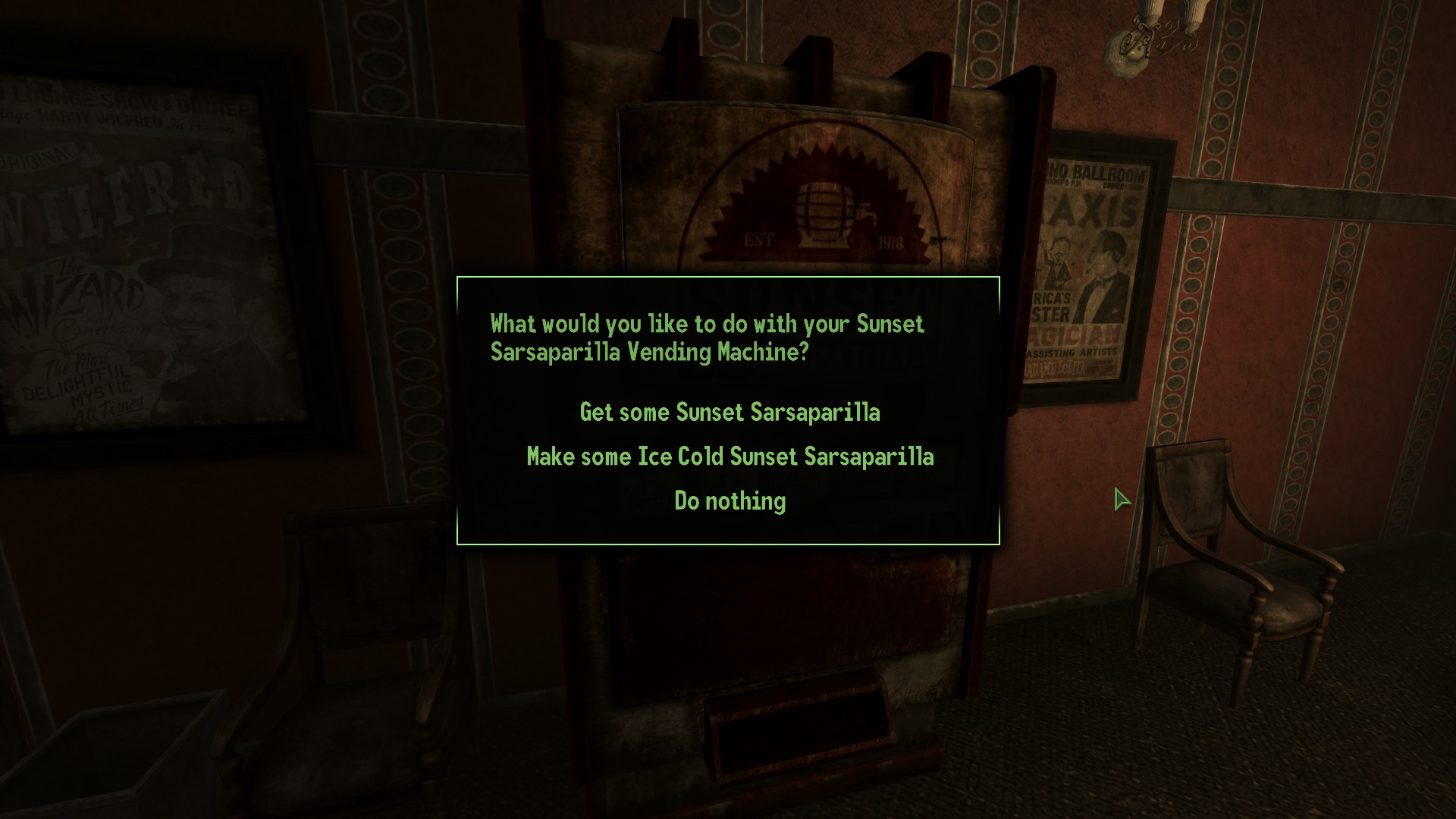 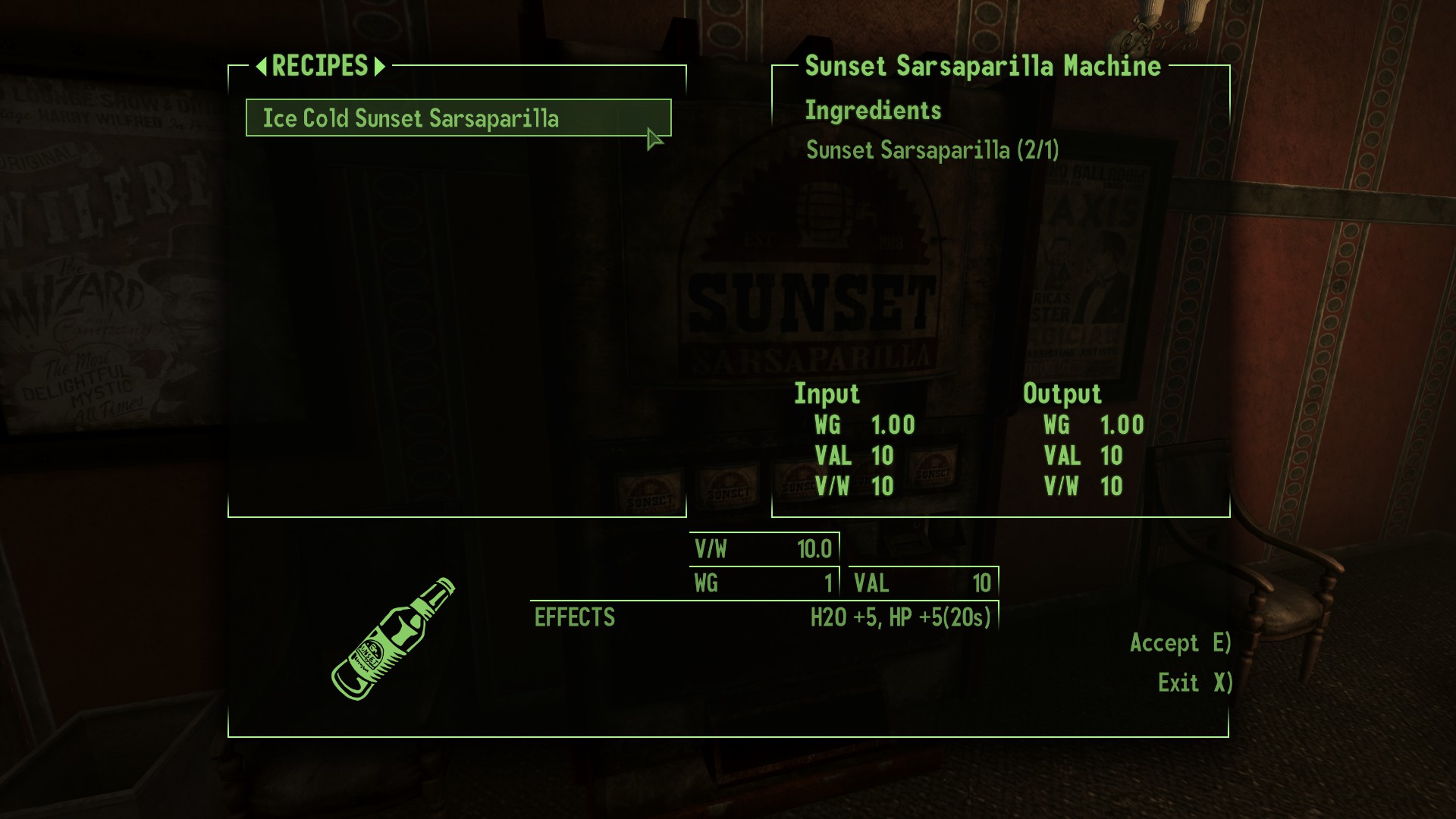 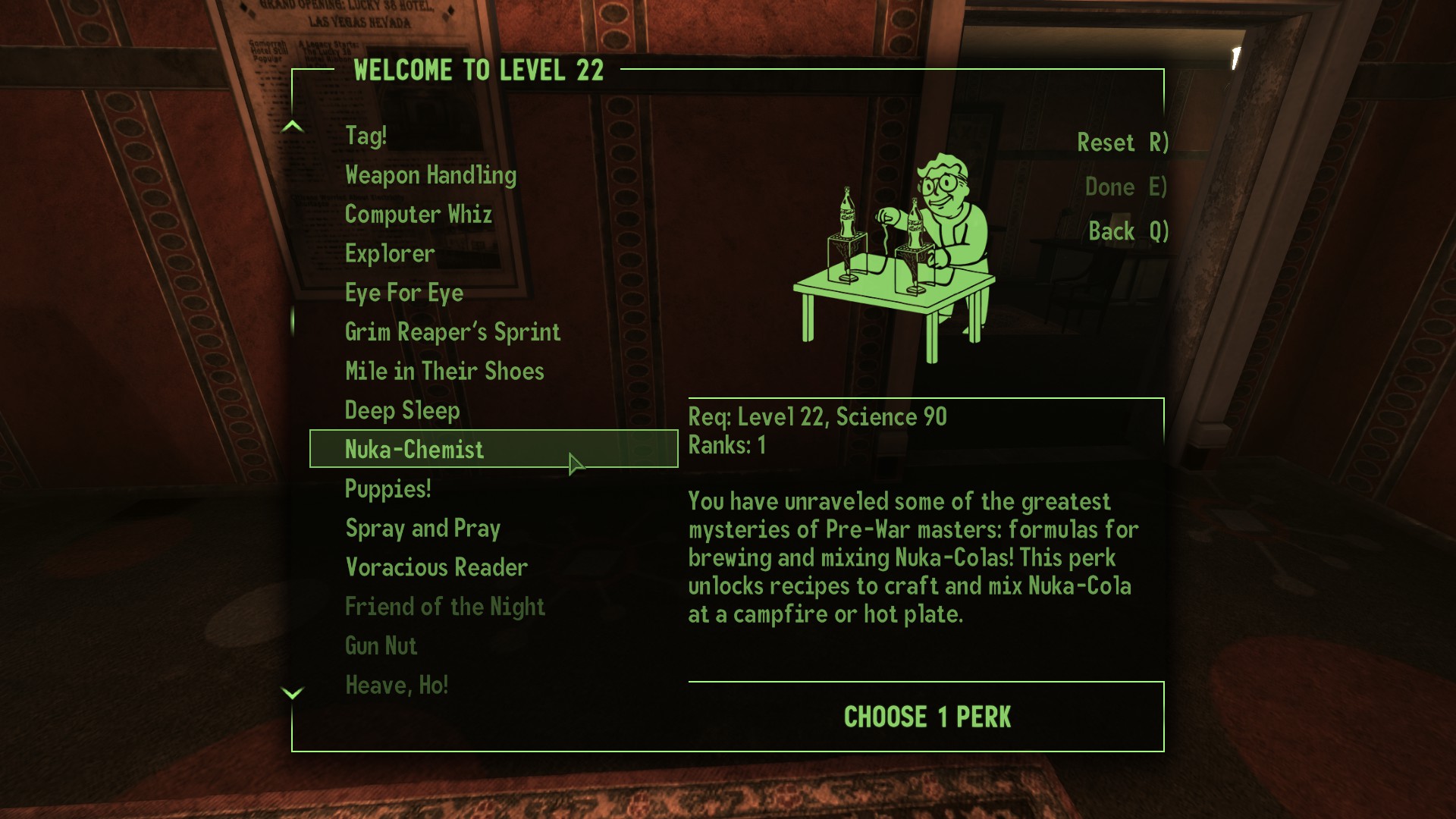 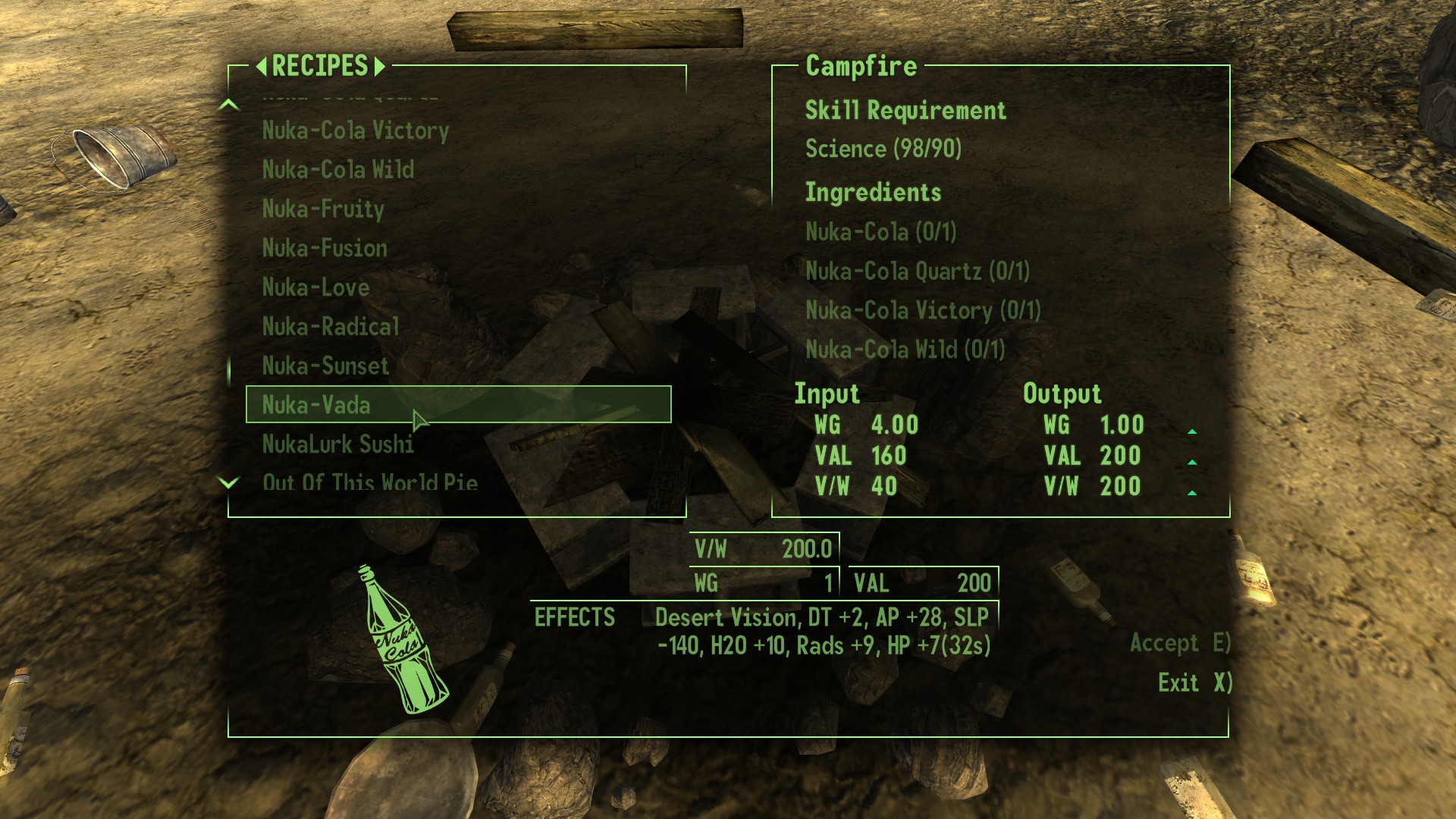 WARNING: This mod was last updated for Tale of Two Wastelands 3.3.2. Versions for non-TTW games and older versions of TTW are unsupported.

Download v5.1 for Tale of Two Wastelands 3.3.2
Only the latest version of TTW will be supported, which as of writing is 3.3.2.

Download patch v5.1.1 for TTW A World of Pain for Fallout 3
For https://www.nexusmods.com/newvegas/mods/66265
Last confirmed to work with v2.07 of the mod.

Download patch v5.1.1 for Washington’s Malevolence
For https://www.nexusmods.com/newvegas/mods/75027
Last confirmed to work with v4.0.2 of the mod.

As of the 3.0 update, versions for non-TTW games will no longer be unsupported. You can find the old ones in the Mod Archive.