This mod adds a new “generic” variant of Lonesome Road’s H&H Tools Nail Gun and distributes it across the game. It deals slightly lower damage and has less innate effects. The H&H Tools Nail Gun has been slightly modified visually to be more unique, and is now a wholly exclusive item to the Divide.

Criticisms for balance are welcome. I am still not sure if it’s at a perfect state.

Wherever Lonesome Road placed the H&H Tools Nail Gun outside of the Divide has been changed to instead place the generic nail gun variant. This affects merchants, I believe.

In addition, Nail Guns can be found in:

To help replenish ammo supply, Nails have been made much more widespread. In addition to the locations above, Nails can be found in generic clutter lists. You should be able to find a few in metal boxes, lockers, and more with the Scrounger perk.

This mod is automatically compatible with the rest of the DLCs and Tale of Two Wastelands. No patches required. 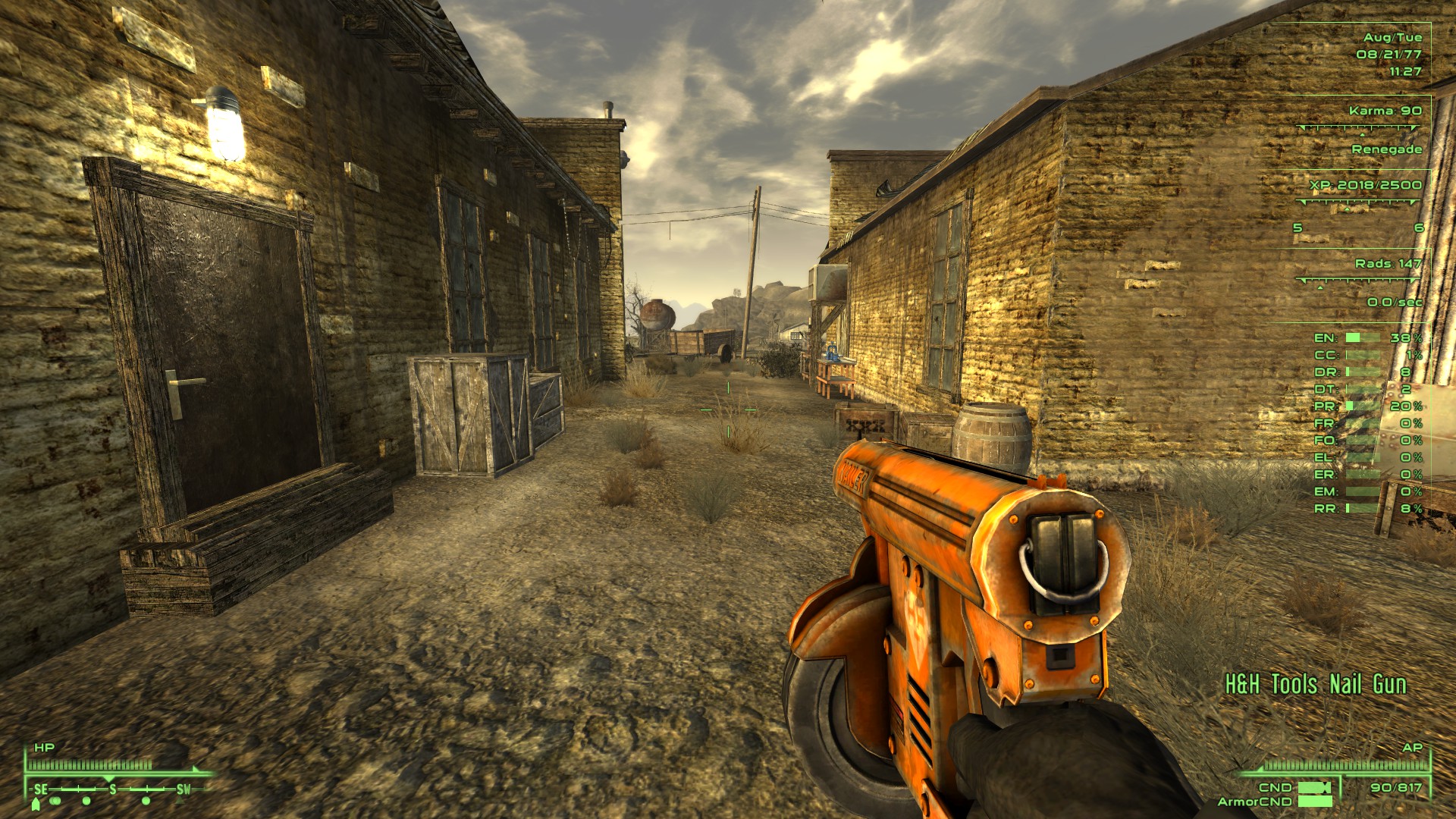 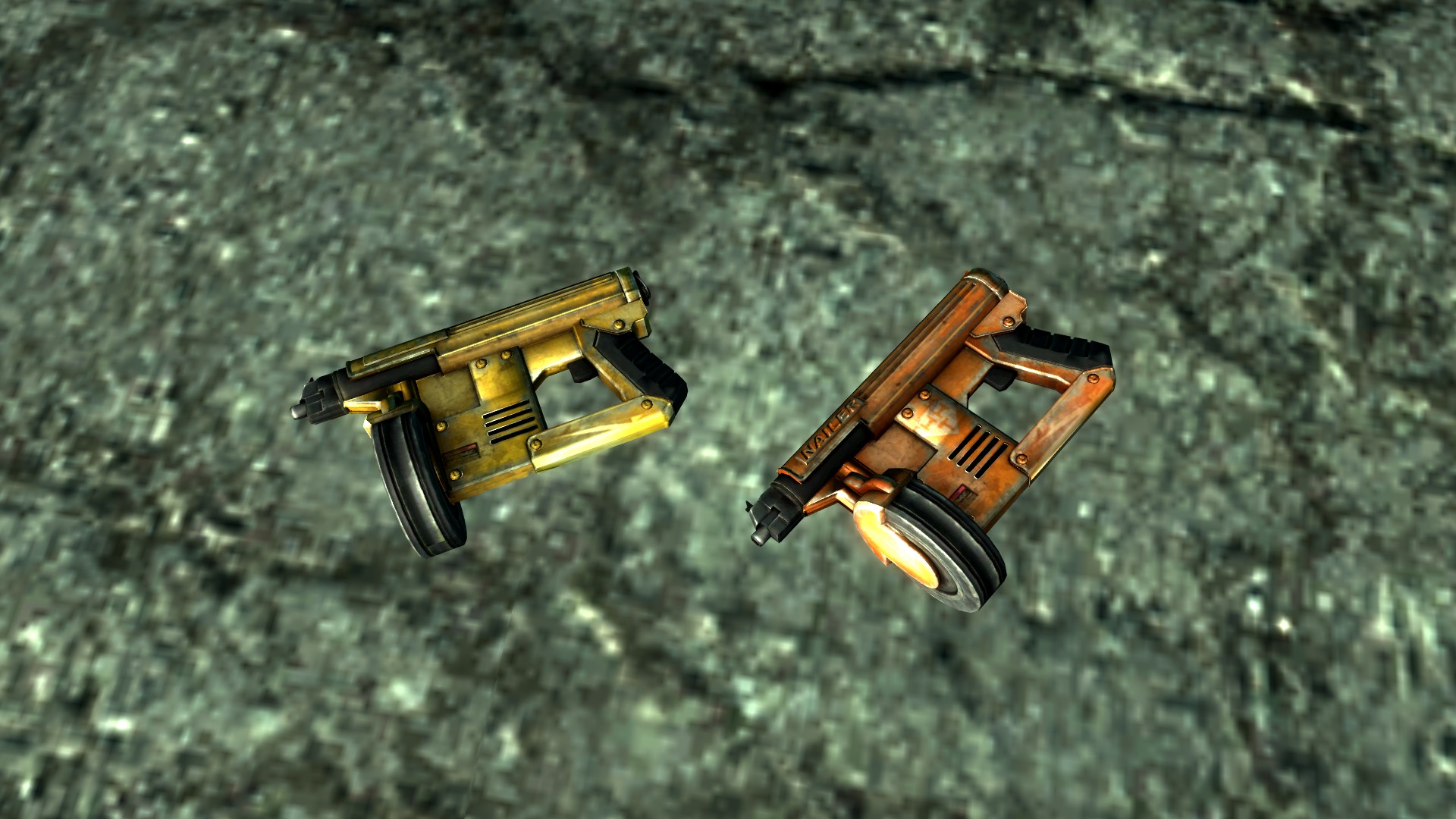 While this mod doesn’t require it, this mod was made with Tale of Two Wastelands in mind. Some things may be inconsistent but should be playable in a stock New Vegas game. It also pairs very well with my Flechette Nails mod.

Download v1.1 to v2.0 for continued playthroughs
DONT USE WITH THE MAIN VERSION, ONLY FOR PLAYTHROUGHS THAT USED THE PREVIOUS VERSION