This mod adds 2 new ammo types for nail guns, Flechettes and Flechette, Bunches. They are smaller low damage but highly efficient armor piercing versions of nails. Flechette, Bunches fire 5 nails in one shot, making it a very powerful ammo type if all your shots hit.

Criticisms for balance are welcome. I am still not sure if it’s at a perfect state.

Flechette Bunches can be crafted with 2 nails and 5 lead. 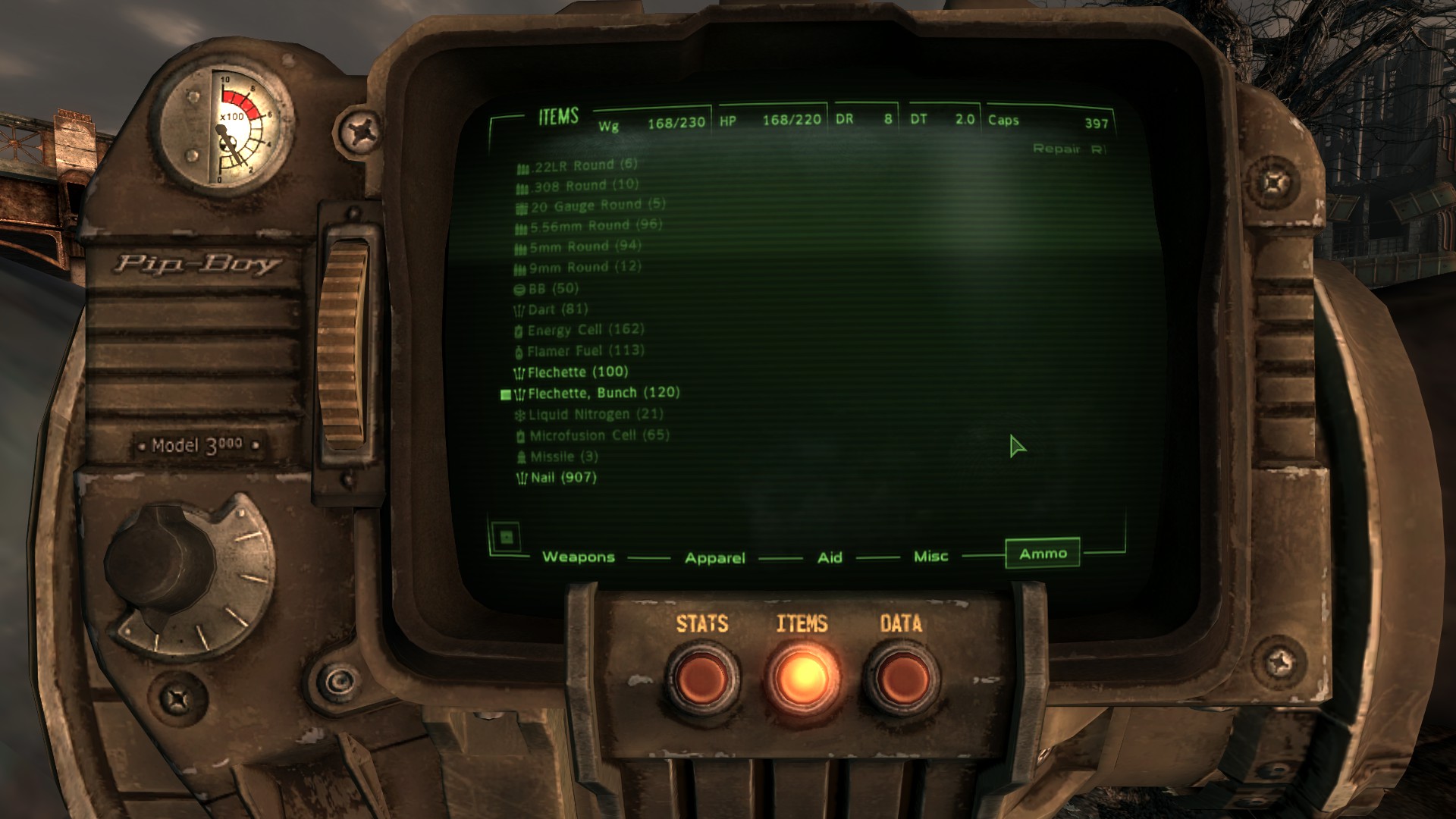 While this mod doesn’t require it, this mod was made with Tale of Two Wastelands in mind. Some things may be inconsistent but should be playable in a stock New Vegas game. It also pairs very well with my Generic Nail Gun mod.